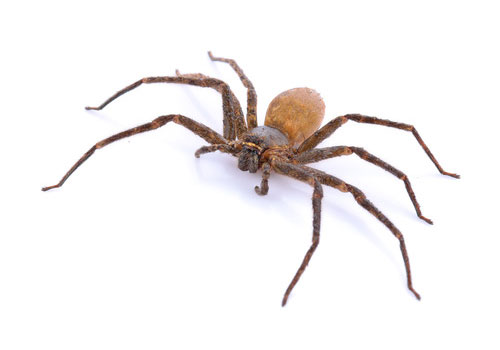 Spiders are probably the most feared and hated animals on Earth but most of them are not dangerous to humans. Many spiders have fangs that are too small to pierce human skin and most spiders are timid creatures, only striking as a last resort. Most Australian Spiders are no threat to humans and function well as natural pest controllers themselves.

However if you come across a spider, always proceed with caution!

Spiders are commonly found in crawl spaces and unexcavated areas beneath the house, under stones and rocks in the garden and in garden and tool sheds so take care in these areas.

The most apparent problem with spiders is spider webs which are only a minor issue.

Although spiders are widely feared, only a few species are dangerous to people. Spiders will only bite humans in self-defense, and few produce worse effects than a mosquito bite or bee-sting. Most of those with medically serious bites, such as recluse spiders and widow spiders, would rather flee and bite only when trapped, although this can easily arise by accident. Funnel web spiders' defensive tactics include fang display. Their venom, although they rarely inject much, has resulted in 13 known human deaths over 50 years.

There were about 100 reliably reported deaths from spider bites in the 20th century, compared to about 1,500 from jellyfish stings.

In most cases, spiders are timid, reluctant to bite and are great for controlling cockroaches and other insects in your home. To reduce the possibility of Spider infestation carry out the following: